Tragedy for the Aughts


The old, clunky Gilbert Murray translation of Euripides’ Bacchae ends with this from the chorus:

There be many shapes of mystery,
And many things God makes to be,
Past hope or fear.
And the end men looked for cometh not,
And a path is there where no man thought
So hath it fallen here.

The Greeks seemed to believe that when it came to the gods, you sacrifice, then duck.  You make a deal and hope they will keep it.  Wooden though Murray’s version of the lines may be, it sums up the feeling you often get at the end of a Greek tragedy: that something larger than you are has brushed against you, and whatever it was, it wasn’t all that concerned about your well-being.

As 21st century humans, we don’t recognize that kind of force too often.  Or at least put it in those terms.  We know there are overwhelming forces that buffet and drown us, currents in which our small vessels are lucky to stay afloat, but we often mark those down as huge sociopolitical things, economic factors that influence our daily lives, but in ways we scarcely notice or, if we do, we get used to.  They won’t block us from our dreams, we tell ourselves, in what is a very Western (and especially American) tone of voice.
The Greeks, even though they started the whole Western thing, were hardly as optimistic.  Theirs is dark wisdom that still makes sense in the back of our brains.  We know we are ducking things we cannot face, and maybe those things have to do with those dreams we are chasing.

Really early in the first big critical discussion of tragedy—the Poetics—Aristotle draws a contrast between the characters of Tragedy and its sister, Comedy:

Since the objects of imitation are men in action, and these men must be either of a higher or a lower type (for moral character mainly answers to these divisions, goodness and badness being the distinguishing marks of moral differences), it follows that we must represent men either as better than in real life, or as worse, or as they are…. The same distinction marks off Tragedy from Comedy; for Comedy aims at representing men as worse, Tragedy as better than in actual life.

Aristotle also goes on to say that the fall of the tragic hero comes from hamartia.  It’s a term that people used to translate as “tragic flaw”,  but some of the Classical scholars I know tell me that it’s an archery term for missing the mark, closer to “tragic error”.

I think that one of the changes that can take place in modern tragedies, especially in America, has to do with our perspective on what Aristotle is saying.  Perhaps a good tragedy, I told myself, could come from precisely that sense we sometimes have as to how special we are as individuals, that each of us is, indeed, “better than in real life”.  So I have Stephen Thorne as one of my principal characters—a theatre director who plans a disruptive version of the Bacchae, Euripides’ very disruptive play, to thumb his nose at a city where he has been neglected and overlooked for years.  In case you don’t know the play, this is how the Muse Polymnia sums it up in the first pages of Vine:

The story, after all, is hard. King Pentheus of Thebes tries to put down the new worship of Dionysus, a cult that is turning the heads of his female subjects. Pentheus imprisons the Great God, dismisses him.  For such disrespect, of course the divinity exacts revenge.  Dionysus persuades the poor king to dress himself in the garb of the Maenads—the female devotees of the god.  Dressed in regal drag, he may witness the sacred mysteries. or so the god tells him as he leads the tressed and fabulous king into the mountains, handing him over to the Maenads, who tear him limb from limb.

You can see why it could turn heads in a conservative city.  But the mistake Stephen has made is that he imagined himself all that special in the first place, that the neglect of his talents was in no way justified, and that he can control the play once it commences.  Serious hamartia,  I hope, and I also hope you will enjoy and shudder as this most contemporary and American version of ancient Greek tragedy awakens and uncoils in your presence.  Enjoy.
Posted by Michael Williams at 2:34 PM No comments:


Sometimes—not always, but sometimes—people object to Vine because of its “difficulty”.   They claim obscure or abstruse words,  long sentences, fragmented episodes.  These are things that get in the way of the story, they claim.  Things that disrupt the pleasure of reading.

Let me make my case.

Suppose you were at a diving event.  Which would you rather see:  a lithe young Australian doing a back one-and-a-half off a high board, or a dumpy, fifty-something Irishman such as myself attempt a cannonball from poolside?  Not for the comedy, mind you.  For the sheer athletic and aesthetic pleasure of a dive.
It’s what they call degree of difficulty.  We are impressed by things exceptional, things that ordinary folks don’t or can’t do.

It’s why literature is more than writing, though we tend to forget it because of the very nature of the literary medium. Neither you nor I would expect to be playing a trumpet well enough to record if we first picked it up a month ago.  But writing is regarded as different, because we all use language.  Everyone can communicate with sentences, but to really write is to delight in the ways of communication, to juggle and manipulate them.

The story itself is part, not all, of fiction, I think.  If it were simply story, if it were the writer’s job to get out of the way, there would be very little difference between how fiction and journalism are done.  But with fiction it seems there is more emphasis on the way the story is told—on language or rhetoric.  In fact, fiction that employs transparent prose and linear, causal narrative is really basically a holdover from the mid to late 19th century—writers like George Eliot, Gustave Flaubert, Stephen Crane.  Writing before and after that relatively brief window of time is often writing that calls attention to itself, that is ruffle and rhetoric, back-pedaling  and leaping perilously from one circumstance to the next.  Look at Tristram Shandy or The Pickwick Papers or Frankenstein on one side of that window, Lovecraft or Joyce or Garcia Marquez on the other.  These are fictions that delight as much in how the story is told as in what is told.

So I will play with ways of telling.  I will offer my readers a chance to work with the story I tell, to help me make that story by their involved and intelligent work with the words I give them.  I hope that doing some work has its rewards, that the reader emerges, deepened and exercised, from something of mine that they’ve read.  If they don’t, they don’t.  If they choose not to undertake my offer, I understand:  I respect that they want something else from the reading experience, and the two of us wave and walk our separate literary paths.

But in itself, difficulty is not a bad thing, I maintain.  It is a choice, a tactic to reveal and challenge, not a posture or design to intimidate.  Indeed, I think that difficult fiction can respect the reader more; in asking you to shoulder more of the burden than to sit back and be entertained, it is asking you to undertake something that can be a different, and sometimes a better adventure.
Posted by Michael Williams at 3:19 AM 2 comments: 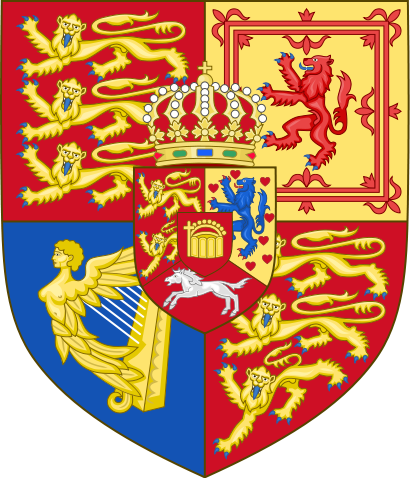 I wish I’d known the term before, though at the time I was searching for it, I would probably have used it for evil instead of good.

It’s used, most commonly, to describe what I called “infinite regression” (for lack of the term) back in the mid-90s, when a character in my novel Arcady stands between facing mirrors and sees reflection upon reflection back to a vanishing point, an eternity of selves and surroundings.  To me, at the time, it was an image of what we feel when we find ourselves sliding into the depth of things, when we realize there are infinities beyond and beneath us, and reality is slipping.

The French, literally, is “placed into abyss”.  And when I found the term and recognized it, it reminded me of a line from Nietzsche: “And when you gaze long into an abyss the abyss also gazes into you. “  Not to say that the Arcady passage (or any of my later stuff) was dancing on the edge of crazy-assed French existential despair, but just that the chaos and all the layers you see outside have their counterpart inside you, which is why you see them outside to begin with, I’m guessing.

At any rate, the term is used, apparently, to describe other phenomena in the arts.  There’s that 17th century painting by Velazquez, Las Meninas, a portrait of the Spanish royal children, in which you can see the artist at work, reflected in a mirror.  And it doesn’t always involve mirrors: literary people maintain that Shakespeare’s plays within plays—like in Midsummer Night’s Dream, or more famously, in Hamlet—are examples of mise en abyme (more of that in a minute).  Take a look at the coat of arms at the head of this entry for another  example.

I realized that mise en abyme had been stalking me for years.  Trajan’s Arch, for those of you who have read it (all two dozen of you?  I hate to think…) contains stories within the framing story of the novel itself, and those short stories—written ostensibly by Trajan Bell, except for the last one, which may have been completed by Gabriel or Dominic Rackett—comment on the larger story that frames them, which also comments on the stories themselves.  It sounds more dizzying than it is, but the idea is to go for a kind of spiritual vertigo, to clue the reader in on the layers and complications of what we all regard as “real.”
So Vine contains a play within a play.  And people are getting how the characters are acting a larger version of Euripides’ Bacchae as they rehearse the smaller, traditional version on the stage.  I hope it makes the book fun to read, because it made it fun to write.  One of the big things that fantasy does, in my estimation, is destabilize what we consider to be real in order to brush against the mystery of what is real.  Apologies to my more philosophical friends: it’s about as abstract as I get right there, for when one of my stories brushes against mysteries, there’s no guarantee I understand them more than the reader will.  I just dwell with them, and hope to afford the reader a chance to dwell.

Which is why not knowing what the hell mise en abyme was until the last month or so might have been an advantage.  It allowed me to dwell with the phenomenon, to give it flesh, to make stories out of it.  Stories I’ve liked, and I hope you like in turn.
Posted by Michael Williams at 4:23 AM No comments: