On Pilgrimage to Wellington: The Road to and from the Shire

Imagine a park high above the city of Wellington, New Zealand, a hemisphere and two seasons away from home.  There was a place where you stand on a woodland trail and look over and up through a canopy of trees into gray December light—it was gray that day, even if the season in the Southern Hemisphere was late spring.

Wellington slopes as steeply as any city I have visited.  The incline leads from a kind of windy pinnacle (at least in the area where we stayed), the home of colleges and hospitals, down to a bright blue harbor and museums and level ground.  Your legs ached from walking the long journey, and the way back to where we stayed was strenuous as most mountain hikes. 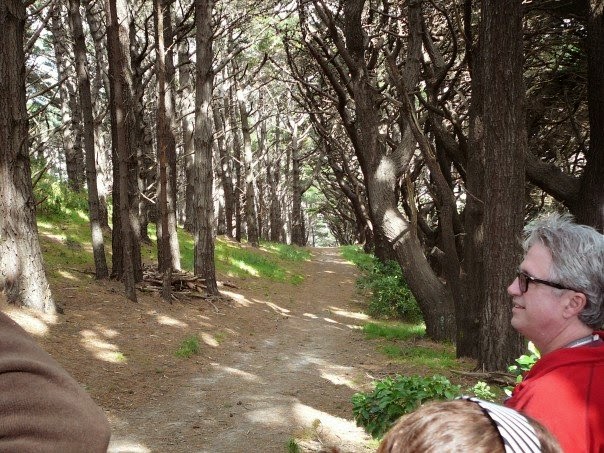 Mount Victoria was our principal hike when my Tolkien students and I visited Wellington.  Small by mountain standards, it lies well in walking distance from the city, and upon its slopes lay the spot where, early in the Jackson movie, Frodo looks down the path, sees the air buckle and blur, and urges his companions to get off the road.  It was a moment in the first film, The Fellowship of the Ring, and consequently, a moment on that hill took me back to another occasion, many years before and much closer to home.

A moment that, like so many good moments, had begun with a gift.  Bed fast for a summer because of a baseball back injury, I was lucky to have a pair of cousins, both wiser and more hip than I could hope to be; they set before me a copy of  Lord of the Rings—a long book, they told me, to shorten the summer boredom.  And shorten the boredom it did: I read the trilogy three times that summer.  But during that first reading, there was an instant of awareness that sealed a summer’s (and a lifetime’s) devotion to that book, to fantasy literature, and to reading itself.

In chapter 3 of the Fellowship, at perhaps the first iconic moment in the trilogy, the hobbits are leaving the Shire on a mission that none of them truly understand yet.  They encounter the first of the Black Riders, the reconnaissance of the Dark Lord of Mordor.  That moment I remember distinctly, as the hobbits slide off the road into cover, as the Rider paces above them, sniffing for them in country forever transformed for them.

My eyes lifted from the page, and I emerged from that world knowing that this story meant business.  It was not the first serious story I had ever read, I am certain; however, it was the first time I had understood the seriousness of a story.  All of a sudden, the elements of the fantastic that had offered escape in the other books I had read no longer offered the same refuges.  They were no longer a departure from reality—not even merely a commentary on reality—but a reality unto themselves, thresholds to a way of apprehending things that transformed me forever and entirely.

I gave myself to that story at that moment.  To fantasy fiction.  To story in general.  It was life-changing, and I hope all of you have or have had a moment like it, the start of an adventure that tells you who you are.

Thirty-five years later, I would find out some interesting things about that scene.  In a 1938 letter to his publisher, Tolkien maintained that in this very chapter, the story had “taken an unpremeditated turn”.  I can’t imagine that the turn did not lie in this moment,  that it surprised him just as much as it surprised me.  Just as much as it surprised and drew in two of our New Zealand guides—Colin Bleasdale from Flat Earth New Zealand Enterprises, and Hammond Peek who had both worked on the movie (Peek won an Oscar® for sound mixing on Return of the King).  Both told us that this was the moment in the film that sold the story to them,  that drew them into Jackson’s world and Tolkien’s behind it.

Of course, the place was really decades and continents away for me.  A summer, sunstruck and tedious, when it hurt to move and when the only real joy felt like Middle Earth.  It struck me in Wellington how the act of pilgrimage was simply the wedding of yearning and place, that the shrine could be Jerusalem or Canterbury or a tree-hooded road in a park you had never imagined when the journey began.  The journey was always one of soul and heart; yes, it was the travel more than the destination, as wise pilgrims are fond of saying, but there needs to be a place where soul and heart can rest and take sustenance, where they look back in wonder and tell you how far you have come. 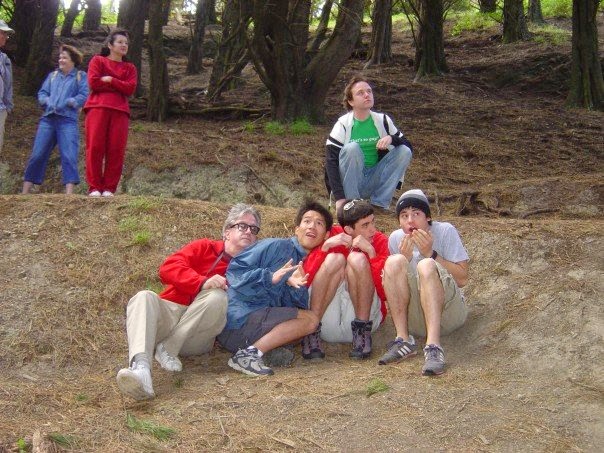 We did the obligatory pictures.  I huddled with my students at the spot where Elijah Wood and Sean Astin had eluded Jackson’s Dark Riders, and comedy crept into the journey.  I was reminded that part of the wonder of the stopping place was how things beckoned you not to take the destination seriously, that its greatest importance was, like all other places, as a signpost for where you have been and where you are going.  ©2014 Michael Williams
Posted by Michael Williams at 5:46 AM 1 comment: